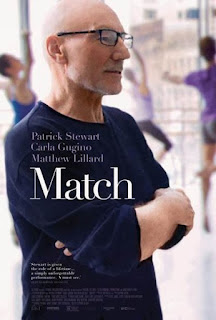 A drama about a Julliard ballet dance instructor played by Patrick Stewart and a husband and wife team who want to interview him. Under the auspices of writing a dissertation about the dance world of the sixties, the pair gains access to Tobi, and after meeting him in a dinner, are invited to his apartment in New York. Lisa's husband, Mike, is a cop with an ulterior motive and after several minutes of questions and answers, the plot unfolds and we realize Mike wants to know if Tobi is his biological father. Stewart's character denies he fathered a child but admits Mike's mother and Tobi were lovers.

The discourse gets heated and emotions fanned into semi-frenzy. When Mike leaves in anger, Tobi and Lisa develop a deeper personal understanding although some of the discussion is crude and unsettling. Lisa is motivated to resolve her husband's quest for finding out who he is and realizes she has her own personal problems to sort out. When he comes back to the apartment, Mike speaks privately with Tobi and the couple leaves but not before Tobi invites them back for brunch the following day.

I was surprised at my own reaction to the emotional roller coaster and sincerity conveyed in the dialogue between the three characters. 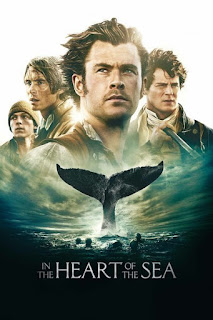 Herman Melville wrote Moby Dick and this is a story about how he came to write it. Centered on a Nantucket whaling ship in 1820,  Ron Howard, who directed the film, paints a picture of the Essex and the crew in search of whales to convert to oil they bring back for the ship's owners. The crew is lead by a seasoned first officer, who in the beginning, thinks he will be the captain of the ship, only to find the owners have handpicked an inexperienced captain with a pedigree.

After several months at sea, with little to show for their effort and after too much friction between the captain and first officer, the Essex sails to the Pacific in search of sperm whales. That is where they encounter the great white whale, who shepherds a giant pack of whales. Intruding on the whale's domain, the giant whale retaliates, and after thrashing several of the whaler's rowboats attacks the Essex and sinks her. The remainder of the story is devoted to the efforts of the survivors to stay alive in the middle of an ocean with little possibility of rescue. After weeks of floating adrift and with little water or rations, they finally wash ashore on a remote island.

When they finally get back to Nantucket, they face a board of inquirers who insist they testify they ran aground instead of telling the truth to protect the reputation of their industry. 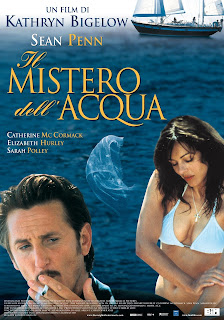 Not a new film, the weight of water is really two films in one. In the present, a photographer, her husband, her brother-in-law, and his girlfriend sail to the Isles of Sholes off the New Hampshire coast to investigate the murder of two immigrant women in 1873. Kathryn Bigelow directed the film starring Sean Penn, Elizabeth Hurley, and Catherine McCormick. In the present, the newspaper photographer, Jean Janes visits the scene of the crime with her husband, an award-winning poet played by Sean Penn. The brother-in-law's girlfriend, Elizabeth Hurley, flirts with Penn's character in front of her boyfriend and Jean played by Catherine McCormick. This contentious struggle counterbalances the story from the past. A young Norwegian woman, Maren Hontvedtm, played by Sarah Polley, wife of an older man, is chore-ridden and living a burdensome life on an island in Nova Scotia. Her husband adds to her burdens by inviting Louis Wagner, a lecherous crippled man to live with them. When her sister, brother, and sister-in-law come to visit Maren, the stage is set for the murders of the sister and sister-in-law.

Maren is the star witness when Louis Wagner goes on trial. Found guilty, he hangs for the murders. At the same time of the execution, Maren confesses Wagner did not commit the murders. At times, the transitions between past and present do not work well and weakens the plot since there is little to hold the two stores together.