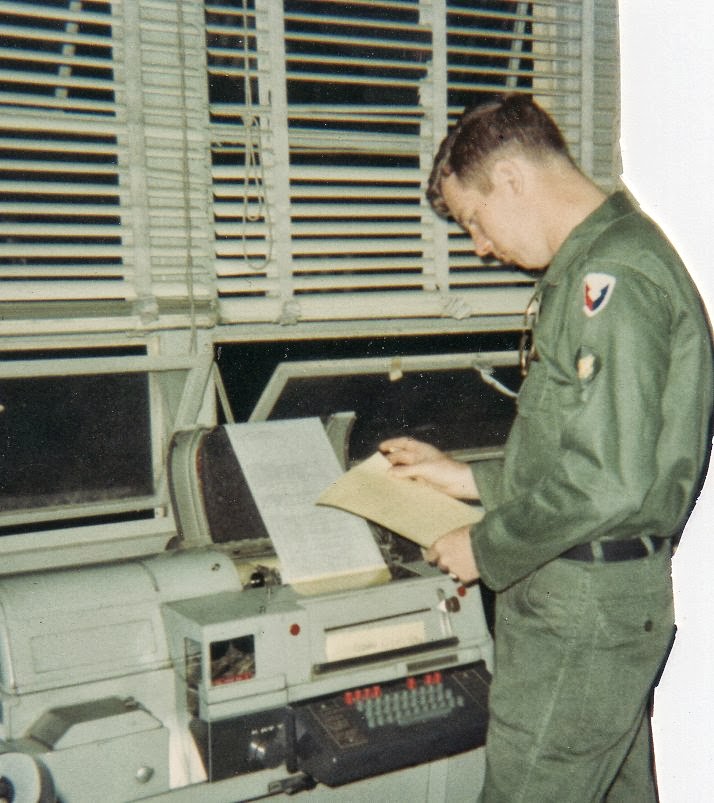 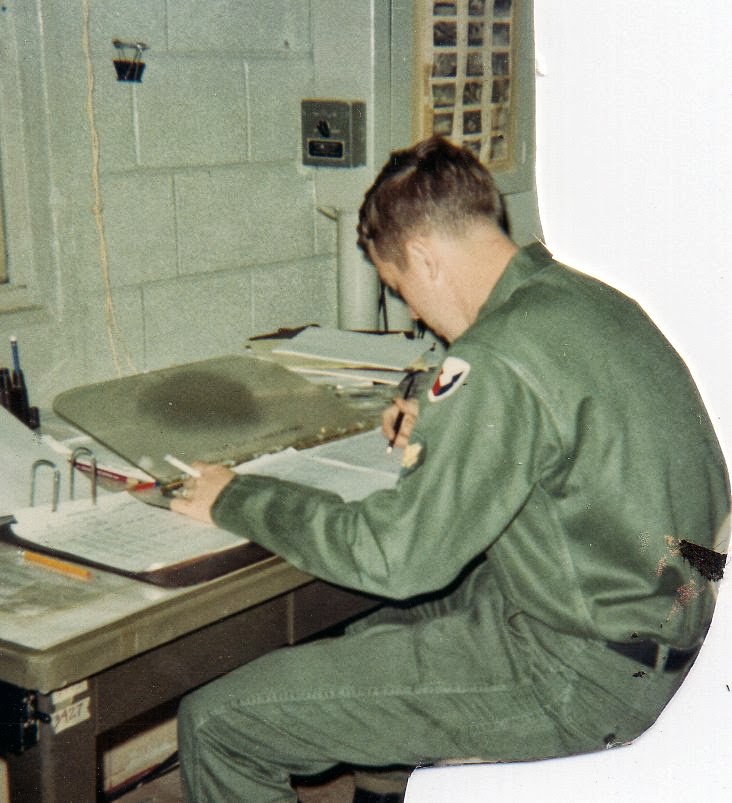 I enlisted in the U.S. Army on August 20, 1967, after graduating from Mt. Diablo High School in Concord, California. 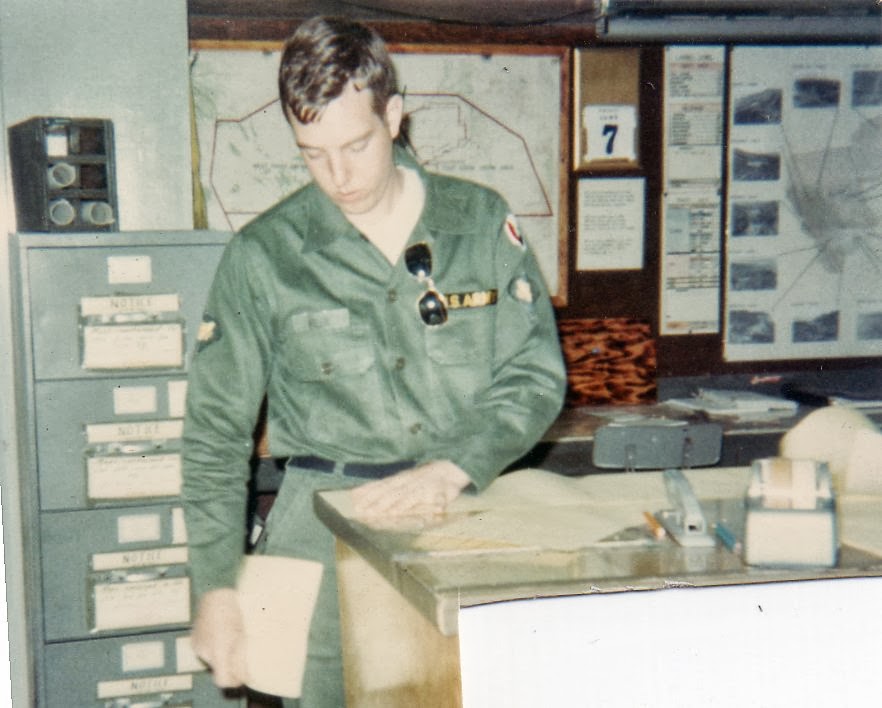 I don’t remember a lot about the school itself other than it was broken into 3 sections. Surface Observations, Micro Meteorology and Upper Air. The few classmates’ names I can recall are Garry Patton (from Louisiana), Kenneth Cain (from North Carolina), Robert Rash (from Pennsylvania) and twins Danny and Ranny Wright (from Indiana). I believe my class began in October and graduated in February or March of 1968. I have some photographs of my class hidden in the garage somewhere and I will try to find them.

I was very fortunate to be promoted from E-2 to E-4 upon graduation and assigned to Ft. Huachuca, Arizona where I began my 93E-20 career as a Surface Observer at Libby Army Airfield. I also lucked out and was sent on two TDY assignments. The first to Searcy, Arkansas and the second, to Colorado State University for a hail suppression R&D project. The other members of that team included PFC Larry Webb, SP4 John Kelley, and PVT Brazil (an OJT 93E). 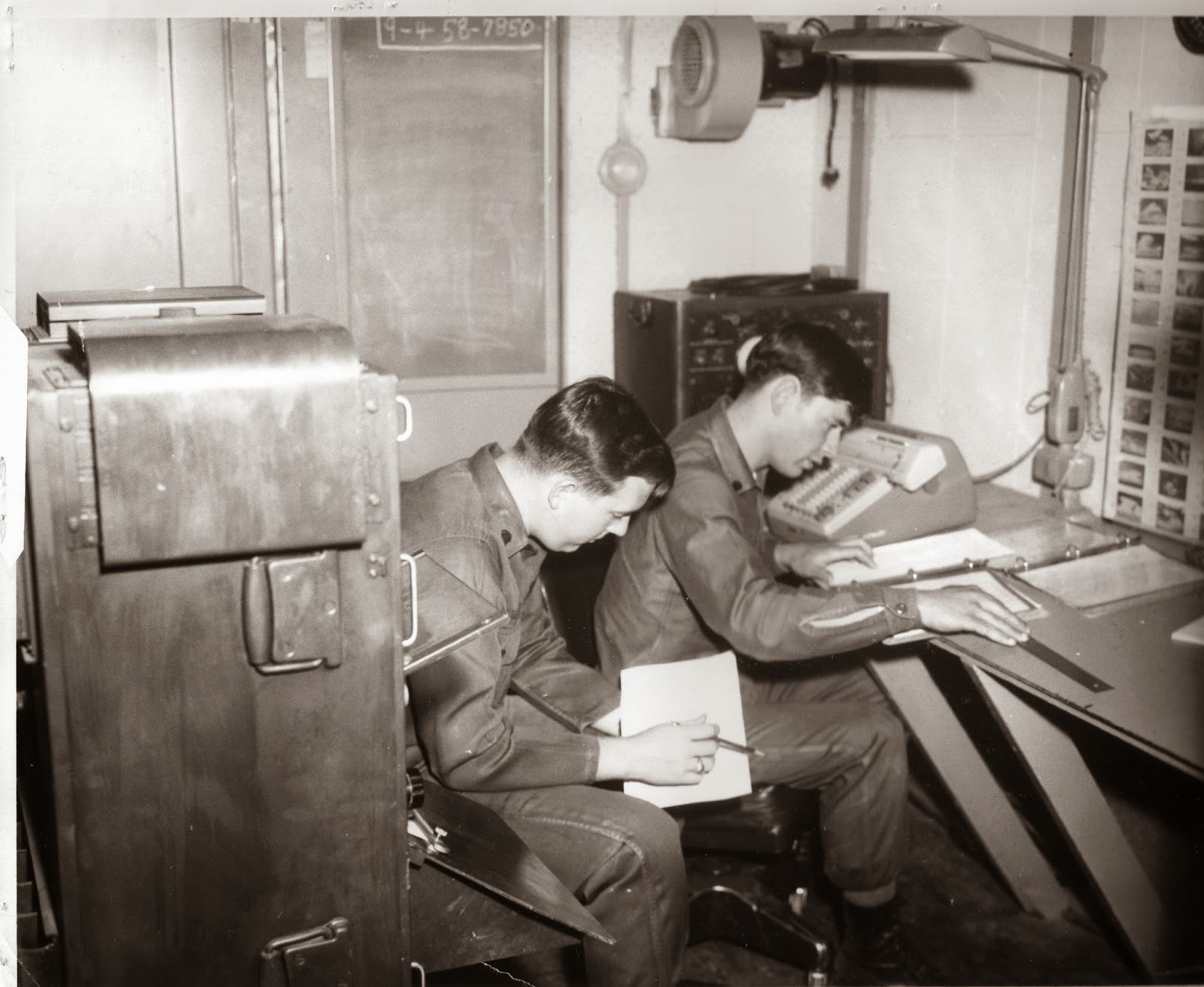 The first Sergeant at HQ & Met Support Company at that time was 1SGT Gonda who was replaced by SFC Kenneth Beth and the Activity CO was LTC Lin-Harris. 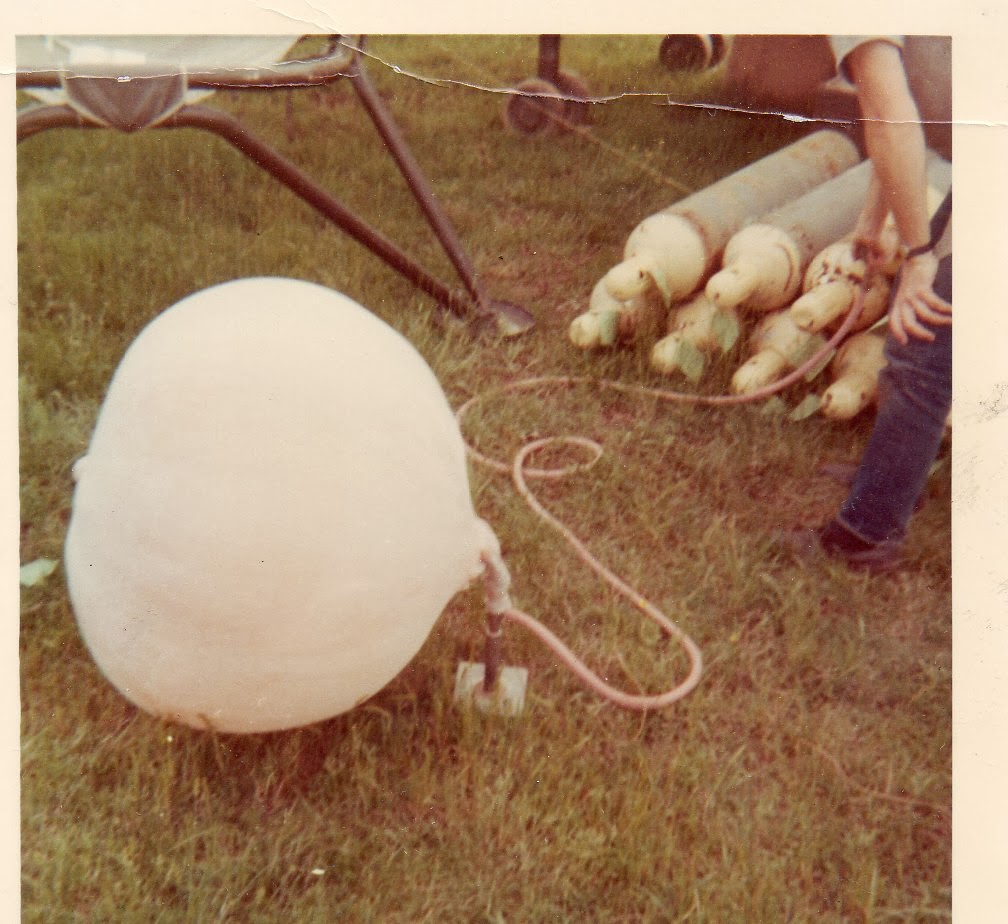 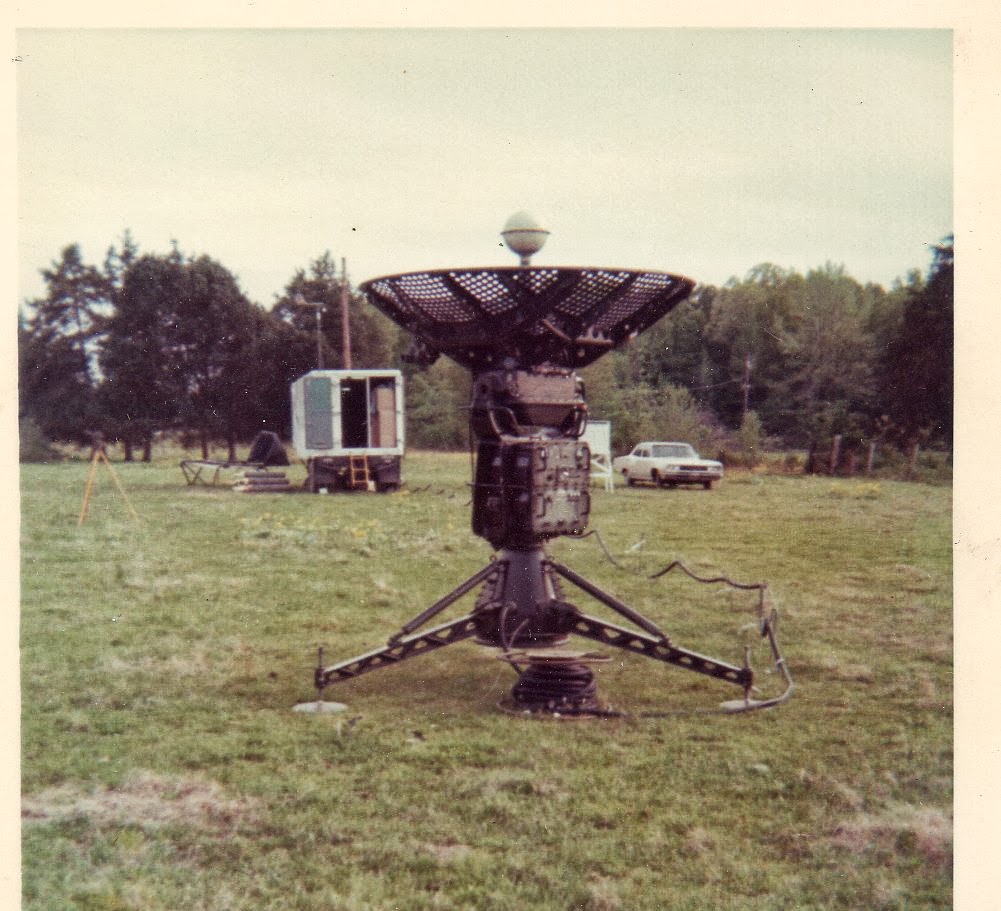 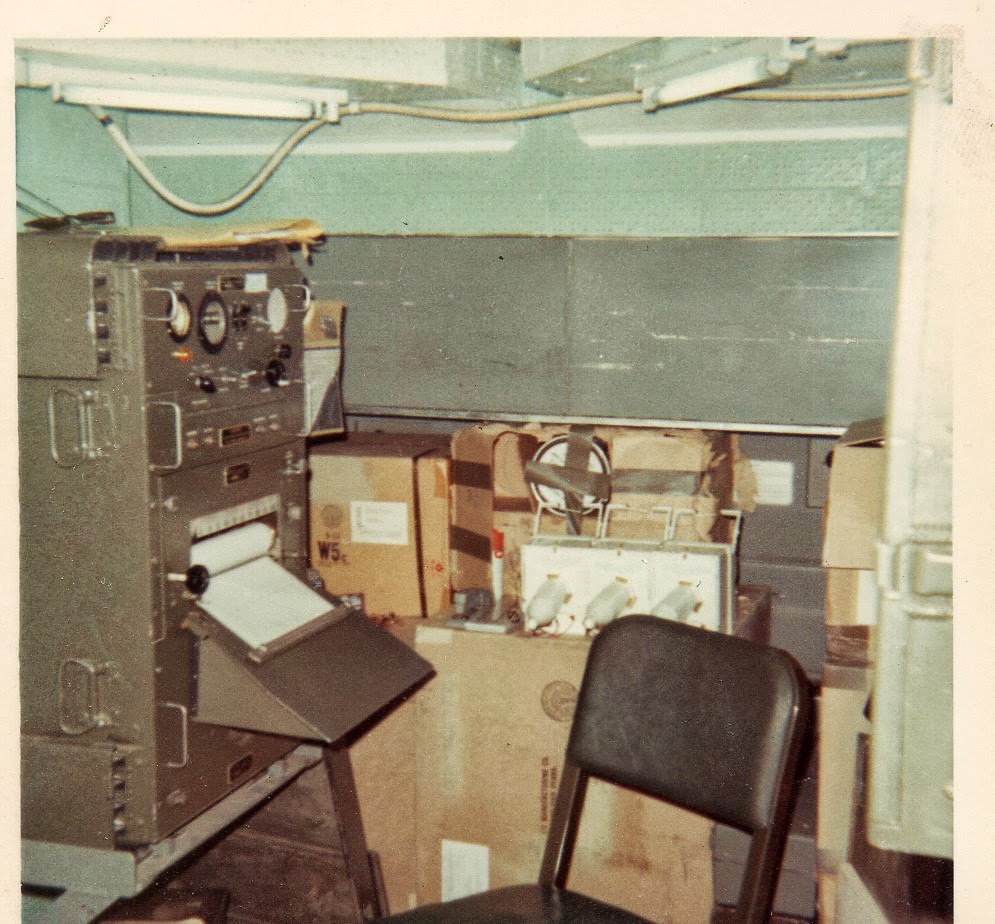 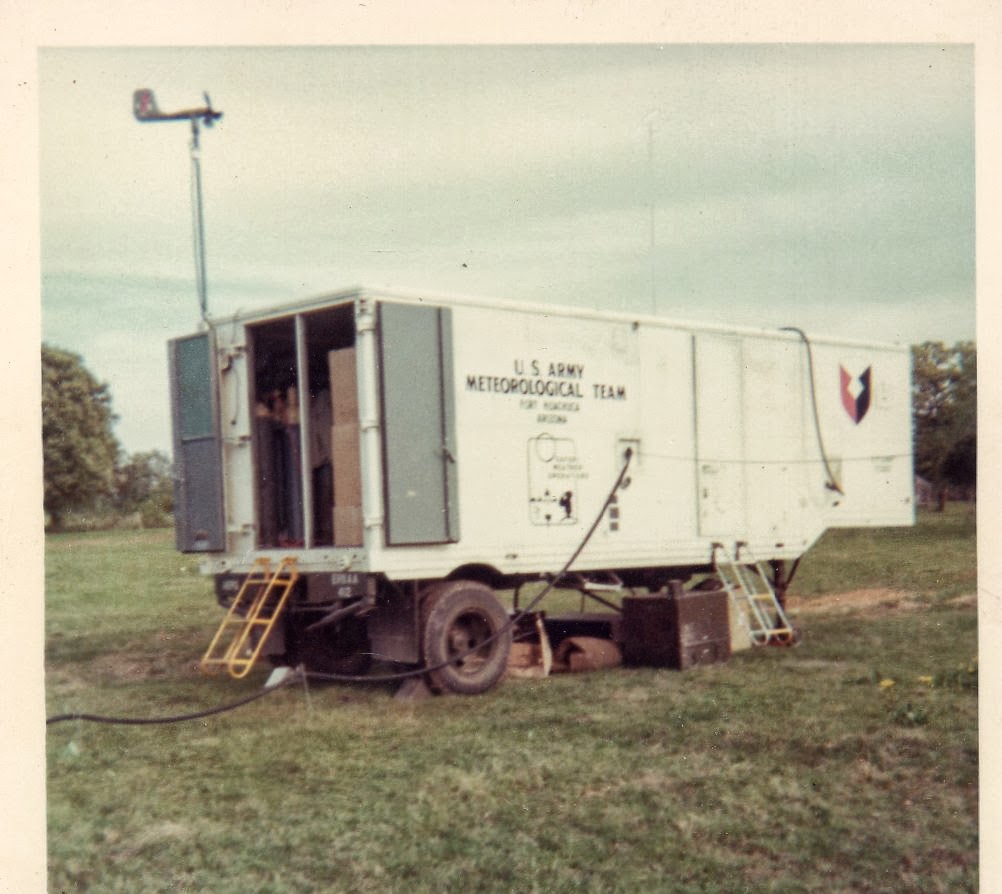 We had 4 Forecasters at that time who shared the LAAF duties but I can’t remember their names. I do remember they were E-7s, three of which were Specialists; something the Army has eliminated. Some of the NCOs I do remember the names of include: SSG Gieger, SFC Rust, SSG Bordine and SSG Escobar. My counterparts in surface observations included: John (Skosh) Whitten, Drexel Sterling, and Daryl Sartanowitz.

About a year after I arrived, the company lost its Company Clerk and since I knew how to type, I was recruited to take his place. Not long afterward the Meteorological contingent moved from the newer brick buildings to the older refurbished wooden quarters. We also had a Micro Met facility and Rawinsonde building just up the road from the airfield. Before moving the Meteorological Activity to White Sands Missile Range, we also did special projects on post including monitoring surface observations during drone tests at Laundry Ridge as well as special Rawinsondes for the effects of dew on microwave signals. 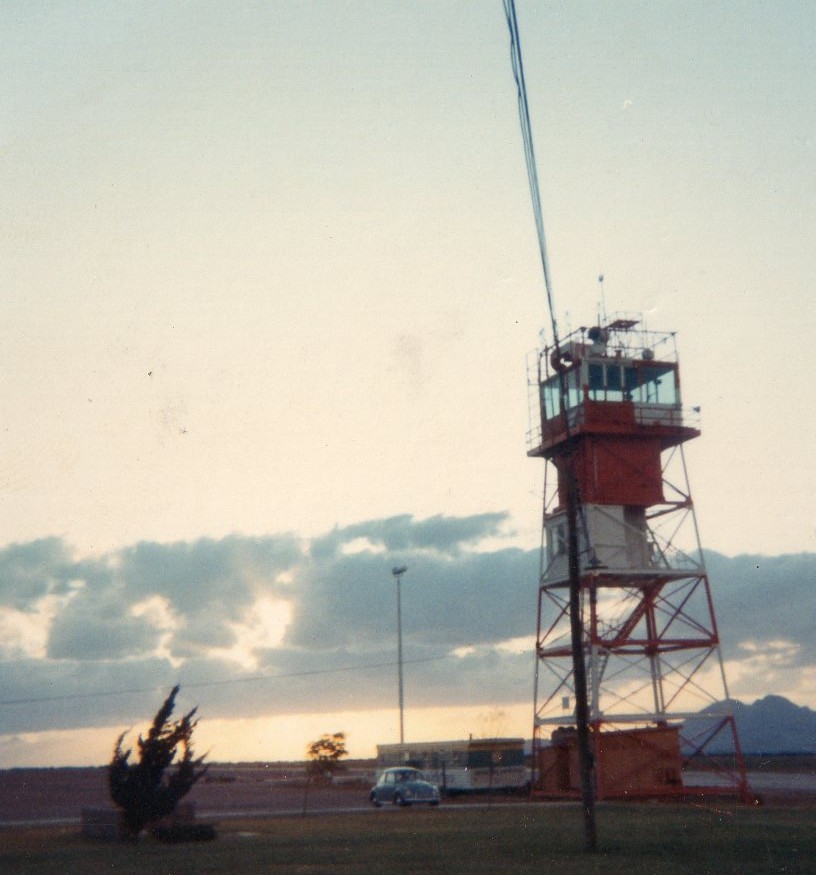 My luck continued as waves of new 93E-20s arrived and were sent to Viet Nam, Ft. Wainwright, Alaska, and Thule, Greenland but I had it pretty good as a married E-5 living on post at Ft. Huachuca. Since I was the Company Clerk I did not have any “extra” duties like CQ.

I did, however, have a “moonlight” job as a drummer. First in a Country Western band called the Star Lighters with Bill Morris and then in a rock band called the Earth Diggers. The later was made up of members of the 36th Army Band at Ft. Huachuca. So my day job was doing morning reports and administrative duties while at night I was keeping the beat at the NCO, EM, and Officer’s Clubs as well as off post night spots. I was ultimately replaced by a real company clerk and not long after got out of the Army in August 1970.

I went to San Francisco State University where I earned a Bachelor’s Degree in Business Administration after two years at Diablo Valley College. During my last year at SF State, I took the most advanced Meteorology class the school offered and with plenty of competition from math and science majors, maxed the class.

It really wasn’t fair my military weather training was a strong foundation and stout by comparison.

I had a successful career working for several high-tech companies including Hewlett-Packard and think the background I got in Meteorology, which I still love to this day, had a lot to do with it

Hi Don, I too was a 93E20, 1971 thru 1974, went to Ft. Sill Oklahoma for my meteorological observer course, then got orders for the Canal Zone for 18 months, was on the Rocketsonde crew, then went to Yuma Proving Grounds (YPG,) Arizona for my last months in the Army. Truly enjoyed working in weather. In 1982 the Army decided to do away with the 93E20 MOS and the military personnel in it and hired civilians to continue that work. I was one of the first civilians hired at YPG and later worked at Ft. Hunter-Liggett in California, where I stayed for around two years after the Army closed Ft. Ord and our research projects basically died off. I left and returned to college prior to Ft. Hunter-Liggett being closed, actually it is now an Army Reserve and National Guard base. Anyhow, I found your blog the other day and found that you had worked with a couple guys I too had worked with, SSG Escobar down in the Canal Zone and SSG Bordine at YPG. So, I thought I’d let you know, if you’re interested, that a couple ex 93E20 guys have created a group on Facebook recently for other ex 93E20 and Atmospheric Sciences Laboratory (ASL) individuals and thought you might be interested. If you are on Facebook you can look up the group ASL Alumni. Take care, David

I was stationed at Yuma Test Station before it became YPG. I arrived in June 1959 and went to Greenland twice. Once at Camp Century and the other at Tuto West. 18 months at Fort Greely Alaska mostly as Weather observer at Gerstle River working with Chemical Corp 1963 to 1964. Was there during big earthquake. Was at YPG five different times and finished my career as Head of Observer Section.