A word on Word Processing

My first real job out of college was as a technical writer for Multisonics, Inc., a manufacturer of computer based vehicle traffic control systems. Way ahead of their time, Multisonics was one of the first companies to use microprocessors in commercial applications in the early 1970’s. To document or describe the controllers or systems we would write long hand on a lined paper tablet and give it to a typist who would type a rough draft onto regular typing paper. After we proofed the rough draft she would retype the material onto clay-backed paper. Our graphic artist would cut and paste the pages onto art boards; one board for each page in the document. 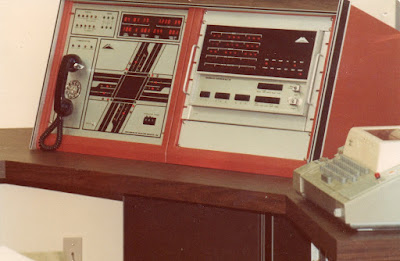 From the beginning, I thought this process laborious and time-consuming.  It could be messy if something changed and had to be re-inserted into the master and reprinted using an offset printing process. The documents we created included schematic drawings and were user manuals and maintenance guides for troubleshooting and programming the intersection controllers.

The first word processor I ever saw was an IBM Selectric typewriter with an interface / converter attached to it. Having to type the material the first time didn’t bother me. It was just as fast as writing it long hand.  Using a computer to save the file for later use made a lot of sense especially when it came to changes or corrections.  But alas, I could not get the software department to develop a program to run on our computers.

By the end of the decade, personal computers began to appear and one of the most obvious applications needed was a word processor. Tandy had one for their TRS-80 and most personal computer suppliers had one. Before long there were many offerings on the market including Word Star and Word Perfect.

The evolution of the personal computer industry allowed me to move into new roles with a focus more on selling and marketing products than documenting them but like everyone else. I had my personal favorite too. The passion users developed for word processors was akin to religion. People would explain why their favorite was the best. I remember well the National Computer Conference in 1979 where Exidy introduced a word processor pack for their Sorcerer personal computer. People were begging for an early release copy and would promise almost anything to get their hands on one. 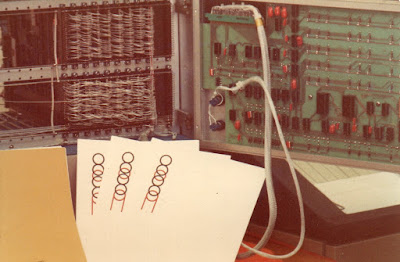 Word Star, Word Perfect, and many others were supplanted by Microsoft Word then Word for Windows. New features were introduced that made word processors very useful, like spelling and grammar checkers, mail merge routines, and forms processing applications.

Word processing made the typewriter dated at best or extinct at worst. The evolution of the printer has trailed behind the word processor and seen technology shift from impact, daisy-wheel, dot matrix, laser jet and bubble jet printers.

Millions of people use word processors every day now and it makes me feel a little warmer inside knowing I had a tiny part in pushing the need for word processing forward.