Thankful for the approaching New Year


Daughter Michelle and Jason King were married on July 15, 2012. 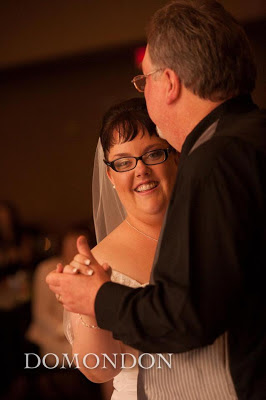 Shelley had a complete knee replacement on September 18th providing her with 6 weeks of rehabilitation time from work. It was a considerable amount of exercise, walking and icing her knee. She also has physical therapy a couple of times a week. 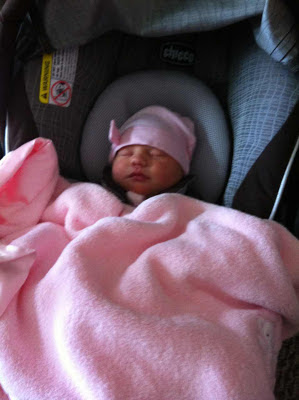 A Joyous greeting to our grand-daughter, Hannah Marie Filer. Mother Natalie and father Kevin are also doing well after a successful labor and delivery November 8th in San Diego.

Shelley and I visited the southern California Filers for 5 days beginning on November 1st. I got to see the Air and Space Museum, Sea World and had lunch at Ocean Beach with Shelley, Robin, Paul, Steve, Natalie and Kevin.  A final vacation before Shelley has to go back to work. But the baby was late. 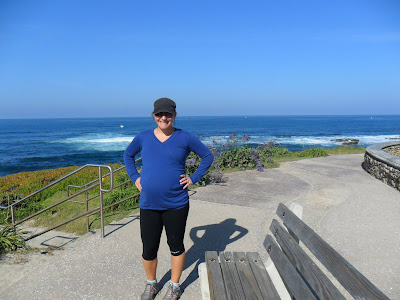 We were very lucky to visit when we did because we had so many get-togethers with family members. In addition to a new baby girl, Natalie has also successfully completed her Masters degree in Psychology. Kevin, not to be outdone, is finishing his MBA from the University of San Diego.

Michelle is finishing her Nursing program at the JC and will be pinned mid December and Brian is working at Kohl’s.

We flew Alaskan Airlines out of Santa Rosa on a turbo prop at 25000 feet. My left ear is still recovering. On final approach to San Diego I noticed a circular building with the title Air and Space Museum as we flew over and just filed it away. Kevin lives about 20 minutes from the airport and he picked us up and we visited their house and said hello to everyone, had a great dinner and left to check in at our hotel. It was after 10 pm and we had to unpack for the night and the next day.

Paul asked if I had ever been to Sea World and we agreed to an afternoon visit after a tour of the Air and Space Museum. San Diego has been synonymous With the Navy and Marines for a century and we visited an outdoor memorial to Bob Hope next to the USS Midway where SDSU would play Syracuse in basketball a few nights later. We gassed up at the Marine Recruitment Center and toured the Naval Training Center which has been decommissioned and converted to commercial businesses. The Central building is now a meeting center and museum. The Air and Space Museum is also thanks to the Navy and it houses a real F-18 Blue Angel and much more. Sea World is a place in San Diego where you can pay $70 to get splashed by a killer whale. The pet show stole the show. Ordinary dogs, cats, birds, pot belly pigs, emus and kangaroos perform. 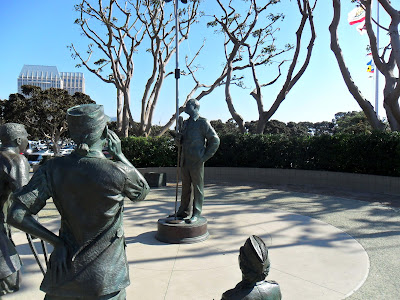 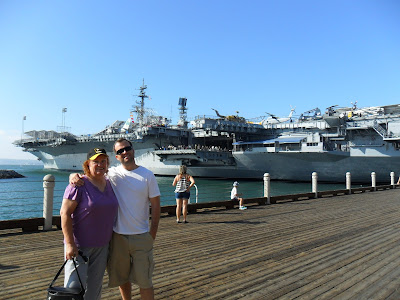 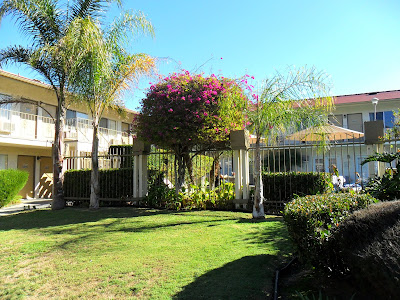 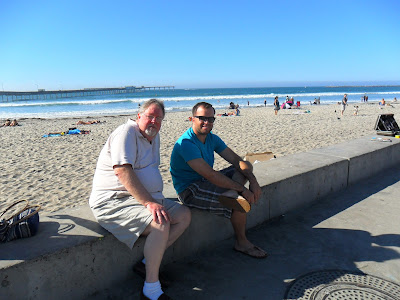 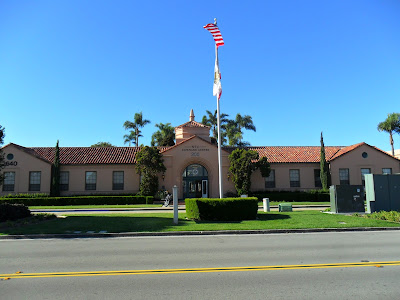 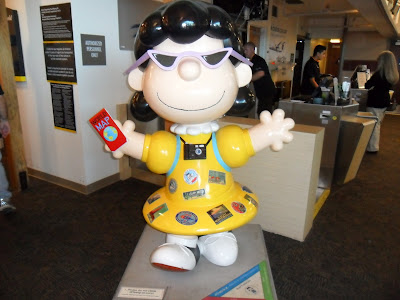