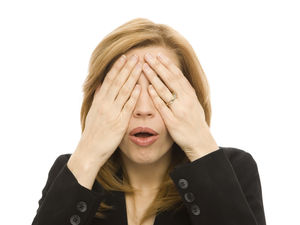 Is it just me?

Are you having as much trouble as I am getting the wonderful world of Social Media to work for you? Doing my best to learn every new app for buying, selling, and socializing, I have encountered many obstacles that suggest these businesses are going to fail.

The first problem I encountered was with Reddit, as long as you do not count all the times I've had to change passwords because I can't keep track of all of them. Forgetful me, if I don't use an app for several months, I find it difficult to remember what the username and password combination is and inevitably have to ask for a new password or register for a new account. I read an interesting article about using Reddit to post content that would be interesting to likeminded individuals so I posted a link to a marketing blog I wrote. Everything in my blog is original; I wrote it and did not plagiarize anything. Reddit decided I didn't have enough "credit" to post a website URL. You can post URLs, but only after enough peers think you are worthy of that privilege. I thought this had to be a mistake so I asked for a human to read the post and confirm that it didn't qualify under Reddit's rules. Sure enough, a real person got back to me and said it didn't so I deleted the post and have not been back to Reddit since. https://www.reddit.com

Fiverr is a great place for freelancers to get business and for buyers who want to pay a very low price. It gets its name from the fact that everybody offers a minimum service for $5.00. That was probably a great idea in the beginning and a way to attract customers who wanted to purchase a low-cost service. It flies in the face of a minimum wage, however. I suppose some folks offer services for $5.00 that take less than an hour but everyone offers a service for $5.00.

I found an editor for the books I have published and she (like many other editors, artists, programmers, etc.) offers to proofread 1500 words for $5.00. I tried this myself and offered to create a blog site for $5.00. The way you enter what service you will perform, also includes two more levels, a medium and premium level and I embellished how much website you would get for more money in each level. The premium offer included a domain name and web hosting. I submitted the form and waited for Fiverr to approve it. I received an email message from Fiverr letting me know that I had violated some rule  buried in the terms of service and after wasting 45 minutes filling out their form, just deleted my offer. I noticed that many other people were offering the same thing the same way but I didn't challenge them any further.  https://www.fiverr.com 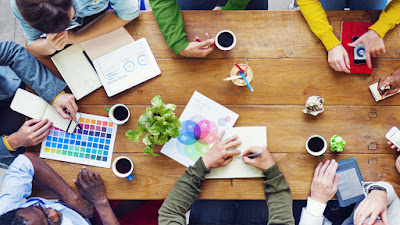 Upwork is another good online site for freelancers and gets a ton of business from people who want to pay slave wages. It is geared more toward freelancers who bid on jobs buyers post and I actually got a job to write a 1000 word article for $25.00. It took more than four hours to write and my hourly rate is $25.00 but overlooking that, I thought it could lead to follow-on business. I also produced the article five days sooner than the buyer needed it. The problem with Upwork is both buyer and seller rate the experience and while my buyer expressed that she was highly satisfied, she rated me at 95%, not 100% and on Upwork that is the end of the line. She probably waited to see how I rated her before she rated me. I rated her 95% because she was in Spain and I'm in California so time zones interfered with prompt communication. As I said, I completed the work the day after I got the job but she did not respond for 5 days and I remarked that communication was a slight problem.

I bid on several more jobs and noticed the buyers specified they would only work with people who were fluent in the English language and who had a rating of 100%. Upwork has a significant number of tests it offers freelancers to prove their worthiness which can improve one's rating. I took a couple of tests on the English language and WordPress but did not max the tests and found Upwork scored me low enough they didn't think I would want them to publish the results, and they were right. I have noticed since there are many videos on YouTube showing how to cheat and get all the answers correct. I have to say, the tests are skewed in a way that does not make them a good gauge for how well a freelancer will do the work. I found it interesting that most buyers on Upwork, which is a worldwide app, want to pay third world country prices but do not want third world country English language skills. https://www.upwork.com

After several years monitoring my websites and reading many articles, I decided to give advertising a try on Facebook. I have to admit, Facebook makes it easy to boost a post or page for as little as $1.00. Once my books were published on Amazon, I tried promoting them on Facebook spending  $44.76 on 6 ads with a reach of 11,000 and zero sales. So I began digging in to find out how to make Facebook advertising more successful. One of the ads I tried was a lead generation ad that generated no leads so I built a Weight Loss web page, wrote an eBook on Weight Loss, and created a list on Mail Chimp to collect my leads. I also added Pixel code to my website that allows analytics to be sent to Facebook. I tried to advertise the Weight Loss ad three times but was disapproved by Facebook because they said I was violating their ad policy.

I read the ad policy three times and could not find a specific reason or rule I had violated so I submitted a request for help. I was contacted by email on a Friday afternoon and told my support person would find out why my ad was not approved. In the meantime, I received another message from Facebook that looked to me like everything was alright and encouraged me to complete my ad submission so I did. It was disapproved 15 minutes later. So while I stewed waiting to get to the bottom of the problem, I searched through YouTube for information on Facebook advertising and found a helpful lesson that suggested if you selected countries like Bangladesh, Cambodia, Nepal, and India you could spend as little as $1.00 and get tons of responses. I followed the advice and promoted three aspects of my Facebook business page getting over 7,500 responses in just a few hours. Then the proverbial stuff hit the fan. I received an email from Facebook billing me for the portion of the $1.00 on all three ads that had abruptly been halted. The following day was Monday when I received an email that explained the reason my ad kept getting rejected. 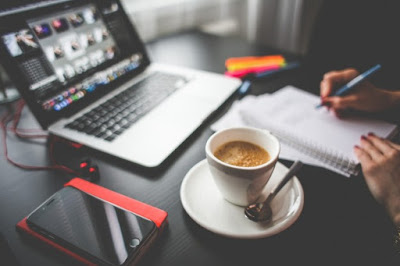 On my Weight Loss web page the headline read "Want to Lose Fat and Keep it Off?" and the powers that be at Facebook deemed this to be offensive to people so I changed the headline to "Lose Weight and Keep it Off". Now I know why some people get upset about political correctness. Even so, I think this is taken to extreme in this case. I could easier understand if Facebook just didn't want any ads for weight loss but my ad does not say you are fat. It used to say Want to Lose Fat and Keep it Off. I am not making a statement about obesity, I just wanted to share what I have learned about losing weight and keeping it off, something I think a lot of people have trouble with. I was also trying to build an email list but Facebook did not say you can't do that. They said you can't say fat or weight loss plan. Specifically, the email said:

Your ad was rejected because it doesn't follow the language policy of our ad guidelines. Please make sure the language in your ad's image or video, body text and title are all compliant. For instance, don't:
- Use language that is insulting, harassing or threatening to people
- Use profane, vulgar, or threatening language
- Use any word that mentions or targets someone’s personal characteristics (ex: age, gender, race)
- Single out individuals or degrade the viewer of the ad (ex: “Are you fat?”, “Suffering from acne?” “Looking for a weight-loss solution?”)

Facebook locked me out of advertising. Their form for support on advertising requires I provide my account ID but the field is locked in the "No Advertising Account" state and can't be changed, by me. I thought I would give Fiverr a try and submitted a request to get my advertising account reinstated for $5.00, but that request was not approved by Fiverr.  https://facebook.com